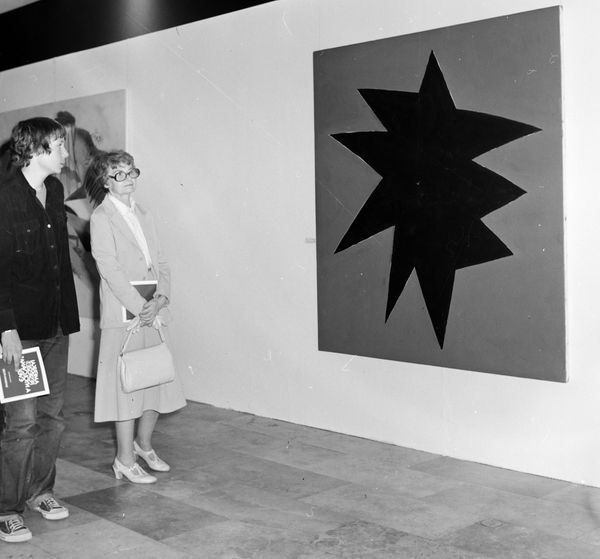 The project is financed by the National Research, Development and Innovation Fund (NKFIH – Nr. 125374)

Róbert Takács: The Urge and Burdens of Openness – Hungary and the World in the 1970s and 1980s

Theodora Dragostinova: Bulgarian Culture in the West in the 1970s: From Ideology to Universal Values

András Pinkasz: The Bridge Model and the Consolidation of the Kádár Era

Erzsébet Takács: “One must research only if they are curious about something and does not know the final results.” Possibility space of Familiy Sociology in Hungary During the 1970s and 1980s

In 1986 Béla Köpeczi, minister of culture praised the Finnish example of cultural openness both to the east and the West as a positive representation of national interest. This interview was published half a year after the European Cultural Forum in Budapest, the first Conference on Security and Co-operation meeting that was held in a state socialist country. In my paper I argue that this Hungarian diplomatic success was a consequence both cold war dynamics that upvalued allies of the Soviet Union on the international scene and made complex Hungarian diplomatic activity possible, and inner process starting in the de-Stalinization period (often referred to as “liberalization”). Hungarian culture and science – with prevailing limits and control – achieved a relatively open state that made it possible for Hungarian diplomacy to pursue an offensive approach even in Basket 3 of Helsinki Final Act and form thematic coalitions even over the iron curtain. Finally – through the example of literary journals, referring back to Köpeczi’s statement – I point out that the level of cultural openness was not a sheer consequence of foreign policy and financial reasons, but had its inherent cultural arguments.

Bulgarian Culture in the West in the 1970s: From Ideology to Universal Values

This paper examines the ambitious Bulgarian cultural outreach to the West at two levels; first, in the framework of the expanding contacts between East and West, exploring the renewed importance of cultural diplomacy in the context of détente, and second, at the level of the actual cultural interactions, analysing the meaning of cultural contacts across national borders and ideological divides. Focusing on the Bulgarian cultural endeavours in Western Europe and the USA, the goal is to understand why, during the 1970s, cultural contact with the West acquired a new urgency for the eastern European communist regimes. Ultimately, the Bulgarian cultural extravaganza in the West became a showdown over competing “ways of life” in the East and West, as official culture was understood to capture the very essence of state socialist understandings of state, society, and rights. Yet, the Bulgarians often packaged their message in strikingly universal ways, by using civilizational claims of history and European identity, rather than ideology. This tendency to ignore “propaganda” for “culture” only shows the slippage between culture, ideology, and propaganda in the international cultural outreach of Bulgaria during late socialism. Yet, the universal civilizational language of Bulgaria’s cultural programs also guaranteed their success, as in the West, small Bulgaria was now seen as “one of the oldest states of Europe” and a contributor to “European civilization.” Through culture, a state socialist regime had become European.

Music from beyond the Curtain: Soviet Music Recordings and Cold War Cultural Relations 1950-80

In this talk I will investigate the role of Soviet classical music recordings in Western–Soviet relationships during the Cold War. Whereas studies of cultural relations have commonly concentrated on government interactions, I draw attention to private actors that shifted exchange between the USSR and the West from the political to the commercial sphere. I discuss the motivations and interactions of state, corporate and individual agents involved in bringing Soviet-made music recordings to the West and recording Soviet musicians abroad in the 1950s–70s. I revise the established notion that the Détente period was characterised by stagnation in cultural relations between the USSR and the West, arguing instead that this was a golden era for Soviet classical music recordings on the international stage, when a diverse repertoire was recorded, licensed, manufactured and distributed. This presentation demystifies the common view of the USSR as an ideology-driven state by demonstrating how Soviet motivation changed with time, becoming highly commercial by the 1970s. I propose that the USSR became a key player in the global classical music record business through three channels: recording projects with Soviet performers in the West, licensing and exports. Its full integration, however, would be hindered by internal idiosyncrasies of the socialist system that were at odds with the capitalist approach.

Neoliberalization and the Kádár Regime

The lecture is based on the approach that neoliberalism is an economic, political and cultural sets of ideas embedded into the West and East and linked to the centre and the (semi-)periphery of global capitalism. It aims the fundamental transformation of social arrangements. Neoliberalism is based on the fundamentalism of the self-regulating market. This has provoked considerable social resistance throughout the history of global capitalism, Károly Polányi argues in this The Great Transformation social self-defence and its counter-wave raised against the market processes. In my view, one of the explanations for the success of the neoliberal approach in the Kádár regime is that when the state socialism began to make conscious and organised use of expert knowledge, it already has a very strong neoliberal charge and (more importantly) the MSZMP can no longer provide an adequate ideological alternative (or ideological hegemony) to the influx of neoliberal approaches, as the state party gradually loosed its monopoly on ideological formation and this provided the opportunity for a neoliberal ideology wrapped in a professional cloak to become hegemonic. The various economic and political steps (the New Economic Mechanism, the financial integration to IMF and World Bank, the history od state debt crisis) will be investigated here as the procedure of neoliberalization. Moreover, I put an emphasize on that the neoliberalization of the Kádár regime has taken place as an ideological and intellectual project which was dominated by the reform economists of the regime as organic intellectuals in a Gramscian sense. It was in the context of the political and economic opening of the Kádár regime to the West in which the neoliberalization process began, this ended the state socialist welfare system before the regime change and laid the foundations for the policy of continuous austerity after 1989.

The Bridge Model and the Consolidation of the Kádár Era

The presentation is an analysis of the interdependencies between Hungary’s internal dynamics and its external integration into the world economy in the state-socialist era. Though countless scholars have studied state-socialist regimes’ successful attempts to modernize their economies (and the reasons for their failures to do so), their debates—such as the so-called state-capitalism debate—typically take into account only these countries’ forms of integration into the external environment, such as the Council for Mutual Economic Assistance (Comecon), or are limited to the functions of these countries’ domestic institutions—as is the case, for example, in discussions of the internal contradictions of centrally planned economic systems. Our study, on the other hand, involves the use of the dependent-development paradigm, which emphasizes the interdependence of the global economic environment and the social conditions in the particular countries that comprise it. The following study is an attempt to use the framework of dependent development to demonstrate the interconnectedness of Hungary’s domestic political processes and its integration into the world economy through Comecon—that is, to shed light on the interdependence of its internal political processes and its external economic environment.
We demonstrate the interdependence of Hungary’s East-West trade specialization, the so-called “bridge model” and the preservation of the Kádár-era consolidation. It is our assumption that the balance of power which developed in the context of Hungary’s domestic-political compromise was also influenced by global economic processes, such as Hungary’s growing external-financing needs and unsustainable debt, which exacerbated the conflict between the country’s agricultural and industrial lobbies, as well as the farmers and workers they represented. The path that led to the system change of 1989 was determined by crises particular to the “bridge model”.

The Hungarian Schorske? – Péter Hanák and the Western historiography

If a historian ‘once attempts to explain what happened to us here in the Carpathian Basin, in the half century between 1940 and 1990 (and our history never before had such an intense period), then this historian must first understand Hanák’– wrote the historian László Varga on Péter Hanák (1921–1997) in his obituary. The founder father of the CEU History Department Péter Hanák was not only an eminent historian and a legendary teacher, but an internationally known public intellectual who dealt with the past of the Danube region.
Péter Hanák also played a key role in rebuilding the Western relations of Hungarian historiography, which were interrupted in 1948-1949. Although Hanák could not teach at Hungarian universities after 1956 (until 1981), he was invited as visiting professor to the USA in 1971 (Columbia, Yale) and in 1976 (Rutgers) as a researcher of the history of the Austro-Hungarian Monarchy. Namely the career of Hanák coincided with a trend: writing about the history of the Austro-Hungarian Monarchy became popular from the 1960s onward. The most influential creator of this ‘fashion’ was Carl E. Schorske, who published his magnum opus, Fin-de-Siécle Vienna, in 1980.
From Western historiography Schorske had the greatest impact on Péter Hanák. Hanák even made an interview with Schorske at Princeton, when he was fellow at the Institute for Advanced Study in 1986–1987, and Hanák published a Schorskian essay-collection in 1988 under the title The Garden and the Workshop. The collaboration between Schorske and Hanák also resulted in a joint US-Hungarian conference series that dealt with the urban and cultural histories of New York and Budapest. After the death of Hanák Schorske wrote foreword to the 1998 U.S. edition of The Garden and the Workshop, signalling the international significance of the Hungarian historian.
The centenary of the birth of Péter Hanák in 2021 provides a great opportunity for us to reflect on his hectic life and successful career, and critically process his works and his reception, at this time with the focus on his western linkages.

“One must research only if they are curious about something and does not know the final results.” Possibility space of Familiy Sociology in Hungary During the 1970s and 1980s

In the frame of the project “Openness and closedness – The cultural and scientific life in Hungary after Helsinki”, and as member of the interdisciplinary research group of the Institute of Political History, I do research about internal effects on Hungarian sociology. The aim of this presentation is to examine Western influence on Hungarian family sociology in the 1970s and 1980s. Sociology of the family proved to be an especially interesting field in terms of research on adoption and reception, as there was a paradigm shift on the international scene at the time; in addition, there were three, significantly different research scenes in sociology of the family (Hungarian Central Statistical Office, the Hungarian Academy of Science, Eötvös Loránd University).