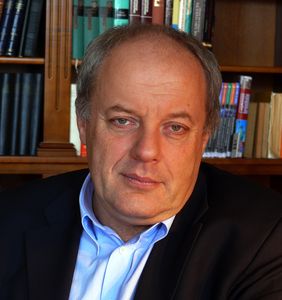 After graduating he accomplished his university doctorate on the History of the Workers’ Movement in Újpest 1929–1944. He moved on to research on economic policy and direction of economy in Hungary after 1948. His CSc dissertation deals with the history of indebtment in Hungary between 1957 and 1986. From the mid 1990’s his main research profile has been the political carrier of János Kádár and the general questions of the Kádár-era. He was accepted as DsC with his monograph on Hungary, Romania and the National Question 1956–1989.

He started his career in 1977 at the Institute of Party History. From 1990 he has worked in the Institute of Political History, from 1991 as chief director. He has been a college and university lecturer since 1986. He has been the docent of the Department of Modern and Recent Hungarian History since 1998 and also the lecturer of the Doctoral Program of the department from 2003. He is board member of the Hungarian University of Sciences, member of the elected board of the Hungarian Historical Society and the Hungarian-Russian Joint Committee Archivists.

The Characteristics of the Kádár Era

In: Regimes and Transformations. Hungary in the Twentieth Century. Edited by István Feitl and Balázs Sipos. Napvilág, Budapest, 2005. 297–324.

Politics and Political History in Hungary. A Historiographical Outline

In: Regimes and Transformations. Hungary in the Twentieth Century. Edited by István Feitl and Balázs Sipos. Napvilág, Budapest, 2005. 7–17.