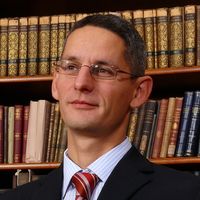 Historian, researcher of elections. He was graduated from the History Studies (2001) and Politology (2002) of Eötvös Loránd University (Faculty of Humanities). In 2012 he was granted his Ph.D. at the 19th and 20th Century Hungarian History Doctoral School of the same University. Since 2003 he is member of The Scientific Department of the Institute of Political History, currently he is research fellow. His main research field is the history of elections in Hungary, especially in Budapest since 1920 until recent times. He has published the book Budapest választ. Parlamenti és törvényhatósági választások a fővárosban, 1920–1945 [Parliamentary and municipal elections in Budapest, 1920-1945] (Napvilág, Budapest, 2013).

Between 2002 and 2016 he taught history and politology subjects at the King Sigismund College, Budapest. In 2016 he was visiting lecturer at Eötvös Loránd University, Budapest. Since 2015 he is member of the editorial board of the historical journal Múltunk.

Since 2018 he is senior researcher of the ERC CoG Project NEPOSTRANS – Negotiating post-imperial transitions: from remobilization to nation-state consolidation. A comparative study of local and regional transitions in post-Habsburg East and Central Europe.

Electoral Struggles and Elections in Budapest 1920–1939. Municipality, Party System and Elections
Theses for the PhD dissertation, 2011.

Power Tools for “Correcting” the Will of the Voters. The Principles and Practice of the Municipality Election System in Budapest during the Horthy Era (1920–1944)
In: Regimes and Transformations. Hungary in the Twentieth Century. Edited by István Feitl and Balázs Sipos. Napvilág, Budapest, 2005. 45–70.