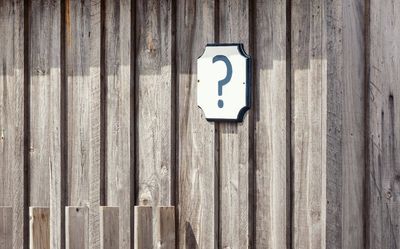 Organised in the framework of the project Western Impacts and Transfers in Hungarian Culture and Social Sciences in the 1970s and 1980s (Nr. 125374) supported by the OTKA/NKFIH.

VIVIANA IACOB (Centre of Excellence for the Study of Cultural Identity, University of Bucharest):
ITI in Eastern Europe: The Globalization of Socialist Theatre

PÉTER CSUNDERLIK (research fellow, Institute of Political History):
From Criticising „NATO-history writing” to the Triumph of „Comecon-history writing”? – Change of Attitudes in Hungarian historiography after 1956

Although vivid scientific debates in economics had already evolved in the second half of the sixties, they became more intense after the political and financial changes of the following ten years. Helsinki Accords assured more place for joining to international scientific forums, and indebtedness and its consequences radicalized the critical voices in economics. The nature of these debates determined the value of Western scientific knowledge and their relationships. When economists wanted to influence academy and education, they could use effectively their Western experience. However, if they wanted to affect policy making, these kinds of knowledge became unnecessary.
In my presentation, I focus on two case studies to show how these knowledge transfers were used in the late seventies and eighties. First, the paper about explores the argumentation between the scholars of political economy and mathematical economists. Both of them made efforts to change the economic curriculum in the Karl Marx University, finally the latter succeeded. The educational reform of mathematical economists was worked out by a group of scientists with experience from the Ford Foundation. However, their alliance became ephemerous. Some economists – who wanted to be closer to the Western mainstream – wanted to narrow the scope of mathematical economics to neoclassical economics.
Meanwhile, some economists were not concerned with international scientific life, only with economic policy. My second case study analyses the economists in research institutes, whose political strategy was to conduct science in a seemingly apolitical way. Therefore, they only focused on evidence and they created their own theories based on direct facts. Although, they were not open to Western theories, they really dealt with Eastern European evidence. Finally, the presentation displays the afterlife of the two case studies. I found that even though the environment changed significantly after 1989, due to path-dependence, the strategic possibilities of the main actors remained constraint.

In the middle of the 1960s, preparation for economic reform began in Hungary. As part of this process, new principles and methods of economic governance had to be accepted by Hungarian society. This was the task of propaganda. Another important aspect was the reconciliation of the reform with Marxist-Leninist ideology. The successful completion of this exercise was the precondition that the Hungarian Socialist Worker’s Party, and leadership of allied communist parties, accepted the prevalence of the laws of commodity production in the socialist economy. The situation was even more complicated by the fact that the détente of the two world systems came onto the agenda in these years. This political and economic opening could not mean abdication of socialist principles and goals. This was the challenge of the time for official ideology in Hungary.
Key words: ideology, Marxism-Leninism, laws of commodity production in socialism

MELINDA KALMÁR
The Decades of Détente

The notion of détente is a constantly discussed topic in contemporary history writing. There are several theories on periodization and no fewer definitions of the phenomenon. The Helsinki Final Act is one of those significant examples which can prove quite clearly that most of the spectacular Cold War turning points are embedded deeply in the course of a long, antedecent process of a particular Cold War resilience. This meant that both sides, East and West, wanted to adjust themselves to the permanent character of the prolonged Cold War context. Thus, the Helsinki Final Act has no unique status in the Cold War constellation; it was not the result of the dynamization of East-West relations in the early 1970s, but in reality was a necessary consequence of a long-term process that started in the mid-1950s. During the decades of East-West contact, the intentions and institutions of one camp frequently strengthened and motivated the other, slowly developing into new types of political, strategical, economic, and cultural interdependencies between the two rival camps.
Key words: Helsinki Final Act, political and cultural interdependence, European security system, Cold War ideologies, information policy, political resilience, common European identity, Eurasia concept

This paper interprets the efforts of Hungarian (cultural) foreign policy that relate to the ominous “Basket III” from the signing of the Helsinki Final Act in 1975 to the end of the second follow-up conference in Madrid in 1983. Topics covered by Basket III are generally viewed as Western terrain in the intensifying ideological battle of the 1970s; however, Hungary was more or less able to cope with the stipulations of the Helsinki Final Act and received little pressure from NATO (and Western neutral) countries both in Belgrade and Madrid as compared to other Soviet bloc governments. Hungarian foreign policy was able to run an active campaign relating to the Final Act through written bilateral proposals submitted to all Western participant states. In addition, the Hungarian government could also successfully manage Hungarian topics on the international scene, the most peculiar of which was the promotion of the culture of small and less studied languages.
Key words: cultural contacts, human rights, Helsinki Final Act, Basket III, Hungarian foreign policy

SZABOLCS LÁSZLÓ
Promoting the Kodály Method during the Cold War: Hungarian Cultural Diplomacy and the Transnational Network of Music Educators in the 1960s and 1970s

Cold War cultural diplomacy projects represented a dynamic mixture of the geopolitical and transnational processes that shaped postwar history. The worldwide dissemination of the Hungarian music education system, known as the “Kodály method,” provides an instructive example of how these different agendas interacted within the larger framework of twentieth-century global integration. The chapter examines the transnational collaborations of Hungarian and American music educators that led to the construction of the Kodály method as an internationally marketable and adaptable model for teaching music in the 1960s and 1970s. It traces how pedagogues from the two countries, like Erzsébet Szőnyi and Denise Bacon, forged professional ties through participation at conferences and summer courses—and explores the process through which the Hungarian model was adopted in the U.S. in the form of institutional arrangements like the Kodály Musical Training Institute, established in 1969 in Wellesley, Massachusetts. Furthermore, the article analyses how the Hungarian communist authorities gradually incorporated the Kodály method into their domestic and foreign policy frameworks. Although it initially emerged as a product of transnational exchanges that cut across the Iron Curtain, by the mid-1970s the method eventually became an official Hungarian cultural diplomacy project, representative of a small state’s effort to gain international recognition and legitimacy. However, this process of appropriation compelled the Hungarian authorities to accept and accommodate a truly global phenomenon—and to recognize the ideas and practices of a transnational network of pedagogues and researchers as culturally valuable and politically salient.
Key words: Cold War, geopolitics, cultural diplomacy, transnational history, Zoltán Kodály, music education

The study presents the modernization and change of attitudes in Hungarian historiography after 1956 and the process by which Hungarian historians moved from the rejection of Western “bourgeois” historical literature to the utilization of Western results due to the loosening of ideological constraints and the strengthening of Western relations. It points out that research on the history of the Habsburg Empire played a major role in this process because Hungarian historians could become involved in the circulation of international historical science once more.
Key words: historiography, Habsburg Empire, Austro-Hungarian Monarchy, transfer history, economic history, social history, cultural history

ERZSÉBET TAKÁCS
In the Mantle of Professionalization. The Openness and Confinement of Family Sociology in Hungary During the 1970s and 1980s

The aim of this paper is to examine the possibility of the adaptation and institutionalisation of sociology of the family in Hungary during the 1970s and ‘80s from a domestic point of view. I look at the ways in which family-sociological “paradigms” of the time were adopted. I analyse this research context in Hungary by looking at relevant papers in Demográfia, Szociológia, Szociológiai Figyelő, Társadalmi Szemle, and Valóság, as well as recollections, research reports, and interviews. Family sociology proves to be an especially interesting field in terms of contemporary research on adoption and reception, since there was a paradigm shift on the international scene at the time. In addition, there were three significantly different research institutions which focused in part on the sociology of the family: the Hungarian Central Statistical Office (KSH), the Hungarian Academy of Sciences (MTA), and Eötvös Loránd University (ELTE).
Key words: History of Hungarian sociology, family, adaptation, reception

GERGELY KŐHEGYI
An Attempt to Ground Central Planning on Scientific Basis. János Kornai and the Mathematical Theory of Planning

In this paper, I give an overview of the main building blocks of mathematical thinking in Hungarian economics with a special emphasis on planning. I focus on the role of the institutions and on the one of the most important original progenitors, János Kornai. I sketch his early life and career to understand his motivations for turning to the mathematical theory of planning. After that, I outline Kornai’s most influential achievement in this field and the short history of trying to practice it for the ends of long-run planning, i.e., the story of the ascension and decline of science-based communism in Hungary.
Key words: History of economic thought, Hungarian mathematical economics, economic planning, Eastern European history of economics, economics under communism